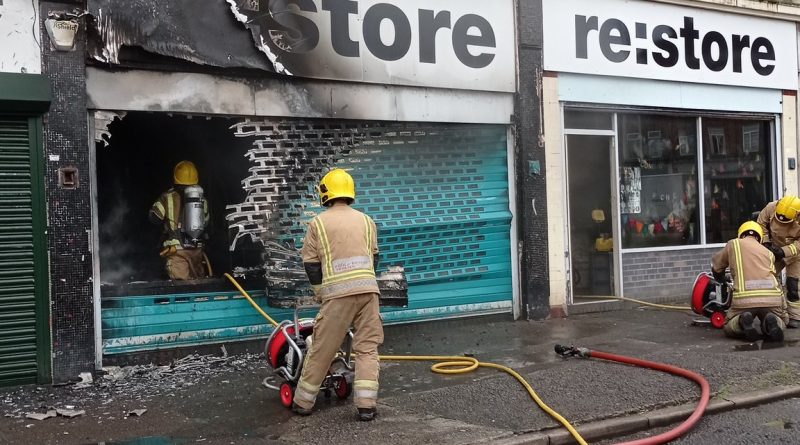 Community devastated by the destruction of “beloved landmark”

Messages of support have been pouring in from the community after a fire broke out at a popular second hand store in Knowle West yesterday – gutting the shop.

Firefighters from Bedminster were called to re:store on Filwood Broadway just after 1pm to tackle the blaze – and the flats above the shop in the three storey building were evacuated.

No-one was hurt and firefighters were at the scene for around one and a half hours.

The shop, which occupies the ground floor of the building, was closed during lockdown to the public and no-one was inside.

The store collects items from across the city to sell – and was full of stock ranging from crockery and furniture to books, clothes and paint.

It is run by re:work, a social enterprise and charity which has offices across the road.

The organisation has been supporting the community “with their day to day needs” for over 20 years and helps young people struggling in mainstream education to learn new skills.

Chief Executive of re:work, Vicky Beckwith said in a statement on Facebook: “Thank you everyone for your support and good wishes. Everyone is safe, the building was empty at the time.

“We think the fire was caused by an electrical fault but investigations are underway. A huge thank you to Avon Fire and Rescue.”

Resident Chris, who lives opposite, first spotted smoke coming out from under the shutters followed by flames and quickly rang the fire brigade “who arrived within minutes” with the police.

He told The Knowledge: “The police cordoned off the area and were evacuating tenants from the flats above while the fire brigade were dousing it down.

“The shutters were so hot they melted and they bent part of the shutter back so they could open it. Once the flames were out they got big fans to blow the smoke out.

“It’s a good thing it wasn’t on a day someone was in there…luckily the shop hasn’t been open for a while because of COVID.

“Sixty seconds was all it took, it was shocking to see. Lucky no-one was in the area or passing by when it went up…”

“It’s like part of a jigsaw has been taken…”

Chris said he and his partner Julie are hoping to get the community involved in support of re:work “to get the shop up and running again.”

He said: “I’m upset because a landmark has been damaged. It’s like part of a jigsaw has been taken – and without that piece, it can’t be completed.

“We’d like to get the community together over the next few months to get the shop up and running, better than it was before.”

A spokesperson from Avon Fire and Rescue said: “We were called at 13:12 to a fire in a three storey building on Filwood Broadway, Knowle.

“Crews from Bedminster, Avonmouth and Hicks Gate attended and found the fire in the ground floor used as a shop, with residential flats above – which had been checked and evacuated.

“The cause is thought to be accidental ignition.”

The shop had recently been part of the Filwood Fantastic Hearts and Stars display – which included knitted hearts in the window made by local residents, to commemorate those in the area who had died of COVID-19 and were unable to have a funeral or memorial service.

November 2, 2018 Reporter Comments Off on Fighting talk from former champions 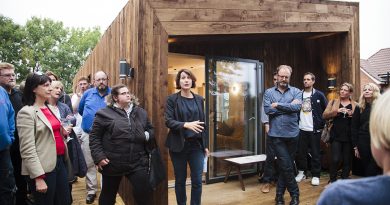