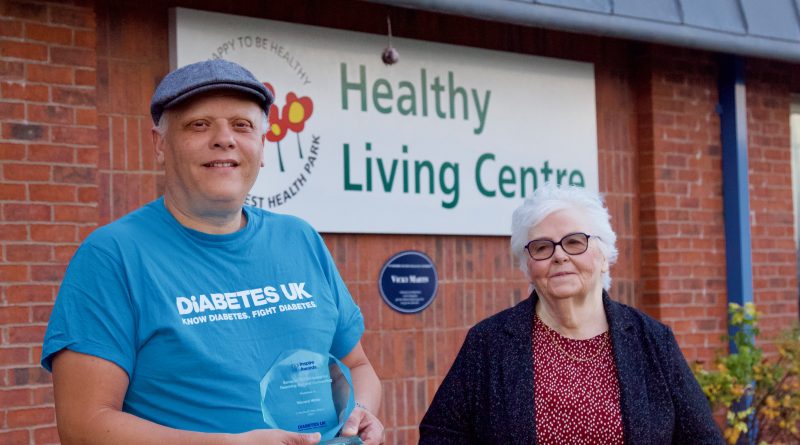 Top image left to right: Vincent and his mum Frances who has diabetes. Picture Lewis Campbell.

Congratulations to Vincent White and Mark Butterfield who have recently received awards for their services to Diabetes UK in Knowle West.

Vincent and Mark, both 54, are South Bristol residents and have been active raising awareness of the condition for a number of years. Vincent has been involved as a volunteer since 2011 and Mark since 2016.

The cause is close to Vincent’s heart because his mum, Frances, who lives in the area,  has had diabetes for some time and been attending local groups and events.

Vincent and Mark both agree they have changed their lifestyles since being involved with diabetes events at Knowle West Health Park and in Filwood.

They advise people in their groups to choose a healthier diet and to take more exercise and Vincent is also a trained walk leader at the Health Park.

They both say receiving the Inspire awards from Diabetes UK for “Reaching out and Connecting” has given them “a real sense of achievement and motivation”.

Vincent says: “I was over the moon to be officially recognised for all the hard work I’ve done over the years. It came out of the blue…”

Mark adds: “Being involved has also helped me a lot in my general wellbeing.”

In the future the pair would be interested in giving talks at places such as universities and schools, telling people about the condition and the devastating effects that can occur such as eyesight problems or amputation of limbs.

They say: “There are a lot of things we can do. Leaflets and flyers could also be delivered to doctors’ surgeries, schools and universities, that would certainly raise more awareness of the disease.”

They say: “We need more people to come forward and help in this very good cause. So more events and fundraising and doing as much or as little as you can will help a lot of people living with diabetes in the UK.”

To find out more or get involved visit https://www.diabetes.org.uk/get_involved/world-diabetes-day

November 3, 2021 Reporter Comments Off on Investigation launched after shooting in Knowle West 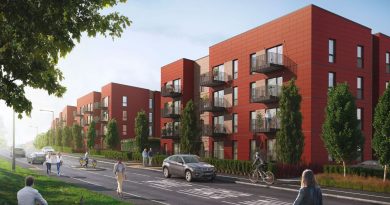 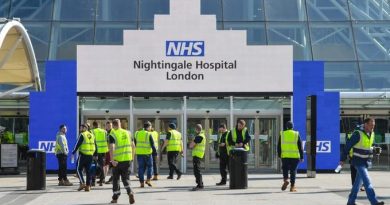